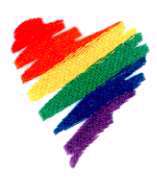 Every year it seems to sneak up on me. I’m trundling along, thinking I have everything under control, and then…

There it is, right under my rather bewildered self.

The 8th Annual Bold Strokes Book Festival, UK is upon us. It’s next weekend, in fact. Ten authors will descend on Waterstones in Nottingham on June 3rd-4th, and a weekend of laughter, literature, and general word-play will ensue. Over on the Bold Strokes UK blog, every attending author is blogging about something personal to them. Check it out here.  Follow along and don’t miss a word.

And then we got new political leaders in place, and hard won rights suddenly began to disappear. We started seeing reports from other countries of gay people being thrown from the tops of buildings or put into ‘camps’.

When I came out, hate crimes against gay people were rife. Two of the women I dated at University were beaten badly, one of them by men with baseball bats. There was a law in place saying gays could be denied housing or jobs based on the assumption of their sexual orientation (no proof needed). It was a scary time. Over the decades, things had gradually gotten better. Laws protecting our rights, hate crime legislation, marriage equality in some places; better.

All of those things are under attack, and this coming weekend, I hope you’ll come to Nottingham and join us at the book festival, where you can be yourself in a safe, fun space. We’ve got books with characters all along the LGBTQ spectrum, in just about every genre. Books that show gay people living real lives, having real adventures, finding their happily ever after.