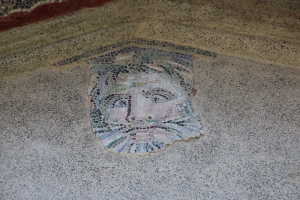 If you’ve read any of the other blogs, you’ll know I’ve mentioned the insanity of driving in Italy. We thought it might be different near the bigger cities. But we found on our way to Pompei that they’ll randomly close roads, and the detours take you back to point A… What should have taken 30 minutes took an hour and a half. There was swearing. And radiating tension that required the windows down so they didn’t shatter. But we made it with five minutes to spare…

We’d had enough advice to know that a tour of Pompeii was imperative, as it’s too big to wander, and understand, alone. So we booked a two hour tour with a local archaeologist, whose specialty was mosaic reconstruction. She was amazing, and kept trying to find places in the shade where we could stop to talk.

Pompeii is immense. I’ve never understood the scale of it from photos and such. Our guide said it would take three full days to see the entire thing. We saw a lot. And though there were a lot of people there, it was big enough not to feel particularly crowded. And two hours was enough. It was 34 degrees and we were done in.

We spent the rest of the afternoon at the spa at the hotel. We took the hotel shuttle up to the village and had a fab dinner, then walked back–down some 200 uneven, cobbled stone steps. It was wonderful.

We decided to forgo driving to our tour of Herculaneum the next day, and took the train. The receptionist assured us it was a better idea…

The train was an hour late, and we were again rushing toward the tour. On arrival, though, no one was there. Just a few tourists milling about. We’d been told it was much quieter but this didn’t seem right. Long story short, after much two-language broken conversation, Nic looked more closely at our tickets.

So…they gave us our tickets and we wandered through it ourselves. Thanks to our guided tour at Pompeii, we recognised plenty of things. And still managed to spend almost three hours there, too.

It’s different from Pompeii. It’s more intimate. You can still feel the shadows of people lingering in the corners. You can still hear the children dashing down the streets. And you can still see the piles of skeletons in the caves where they took shelter. The colours in the mosaics are still vibrant, and the mud that covered the city is still visible on the window grates.

It left me feeling deeply affected, and most of the city is still buried beneath adjacent apartment buildings and shops. It’s a live excavation site. If you only have time for one thing in the region, go to Herculaneum. But take a tour…

The train on the way back was a short persons horror story. It was packed shoulder to shoulder, standing room only. It was boiling hot, and I had sweat dripping from every pore on my body. It was all sweaty backs and armpits thanks to my vertically challenged body. I stumbled off the train and swore I’d never complain about the traffic again.

We decided that seeing Mt Vesuvius was enough. We didn’t need to make the climb. We headed back to the pool. 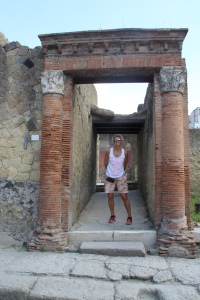 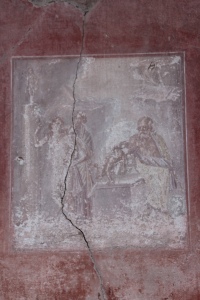 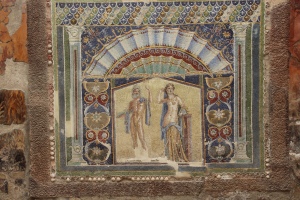 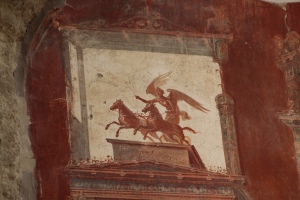 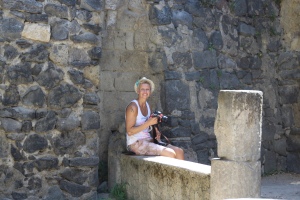 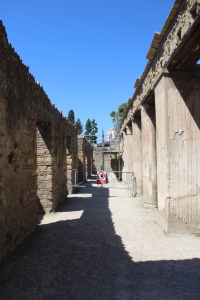 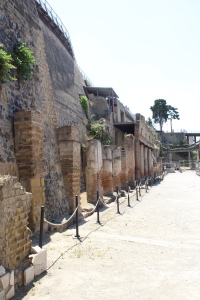 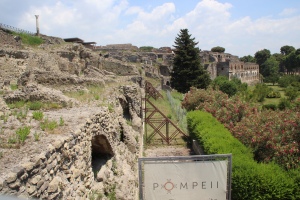 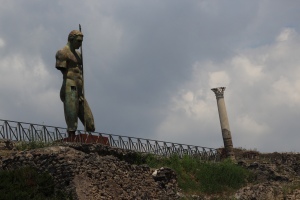 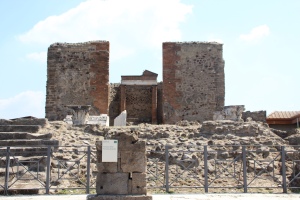 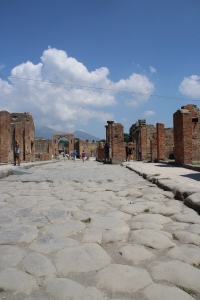 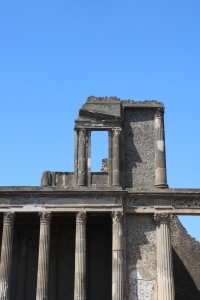 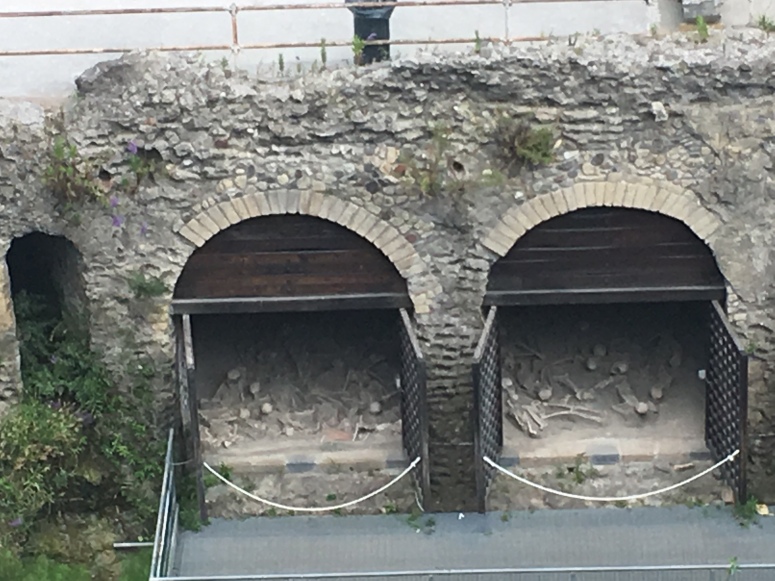