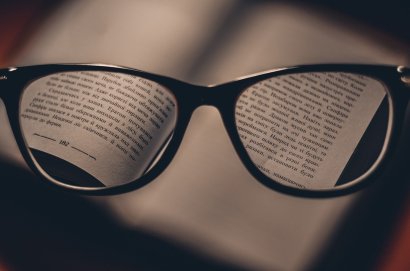 I can’t tell you the number of conversations I’ve had that start with this: “I’ve got a great idea for a book…”

And then we head into ten minutes of  ‘and then K jumps into a lake, but then S has a breakdown, and J thinks he’s got fleas, and then the planet is overrun by rabid titmice, and the president decides to give it all up and go fishing…’ and I have no idea what the book is about, and the person with the great idea has even confused themselves.

A piece of editorial advice before you sit down to write: know what you’re writing.

Not in depth, perhaps. Writers work differently, and some like a good solid outline while others prefer a more meandering, let’s-see-what-happens path. Both work, if you have some sense of what you’re writing about.

For instance, if you’re writing a romance, (scoff as you will, it’s the largest selling genre in the world), you should know how a romance works. At what point the characters need to meet, at what point they should be building their relationship, at what point it should fall apart, and that as a romance, it needs to end with a happy-ever-after or a happy-for-now. (Love stories can end tragically, romances can not.)

You may not know how things will happen or what turning points there will be. That’s part of the fun of being a writer. But you should know what your crisis point will be, and how it will end. You should be able to tell me in a few easy paragraphs what your story is about as you’re trying to sell it to me on our ride up in the elevator (the elevator pitch).

This is the story of Sue and Jeff, who both work at the local Co-op. When Sue sees Jeff talking to a strange creature in the frozen section one night, she realizes all isn’t as it seems. She’s drawn into a parallel world where her alter self is the evil queen trying to take over all the Co-ops in that world, and she must fight against herself to save everyone’s jobs and return the lacto-free milk to its proper place. In the end, she kills her parallel self and spends the rest of her life slipping between worlds, and Jeff becomes her faithful companion in both. It’s eighty-five thousand words and is similar in tone to Terry Pratchett.

One paragraph. If you know that’s how the story works, then you know how to write it, because there shouldn’t be anything happening in that story framework that doesn’t have to do with the plot you’ve just outlined to me. If you suddenly cut away to the weird creatures and start telling me their story which only loosely has to do with Sue’s journey, why is it there? Whose story are you telling, and are you staying focused on that story?

So: stay focused. Know the story you’re telling so you don’t have to cut/rewrite huge chunks of it. Know your genre conventions so you don’t piss off your reader, who reads that genre because they know what to expect and they like what the genre has to offer.